A Progress Report on States' Use of Data and Evidence
Blog

A Progress Report on States' Use of Data and Evidence

Each year, the nonprofit Results for America publishes an annual progress report documenting the leading and promising practices for how state governments use data and evidence to achieve better outcomes for their residents.

The most recent edition of the Invest in What Works State Standard of Excellence recognizes Colorado, Washington, Utah, Minnesota, and Oregon as leaders in the use of data and evidence in budget, policy, and management decisions. Results for America also identified Maryland, North Carolina, and Nevada as Rising Star States that have ramped up their efforts to use data and evidence since 2018.

On this episode of On the Evidence, we talk with Jed Herrmann, vice president of state and federal policy implementation at Results for America, about the latest State Standard of Excellence, released on October 4. Click here to listen to the full interview. You can also read edited excerpts of the interview in the following transcript.

What is the State Standard of Excellence, and what do you hope to accomplish with it?

[We define] success [by] three things:

One could imagine a different version of this project handing out grades or rankings to states and shaming those who are behind the curve. Instead, you focus on leaders and promising examples. Why you did you go with that more positive approach?

We want to highlight what states and governments at all levels are doing that is successful [because we believe] focusing on positive outcomes is a strong way to create the demand in government to use evidence and data more.

What are some specific evidence-based practices you highlight in the State Standard of Excellence?

Indiana created the Management Performance Hub, which brings together data from a multitude of state agencies and applies them to current policy problems, things like opioid overdoses and vehicle crashes. The state estimates a return on investment of $40 million through these data it has been able to gather and analyze.

Last year during Minnesota’s budget process, the state asked agencies about what evidence supported their proposed investments. As a result, the state was able to invest $87 million in new or expanded evidence-based programming in the fiscal 2020 budget cycle.

How are the states featured in this report addressing privacy concerns and moving forward with data sharing?

With InnovateOhio, Ohio Governor Mike DeWine required, as part of an executive order, all state agencies to share data, and if data could not be shared, to identify in writing the specific legal prohibition that did not allow for the sharing of the data.

Arizona has taken a similar approach and has created something called an Enterprise Data Sharing Memorandum of Understanding, which all the state agencies are signing to say, “We are going to share data between our agencies.”

For an example of what success can look like, the Washington State Department of Social and Health Services has created an integrated client database that brings together data from 10 state agencies and more than 40 systems, and includes data on 2.4 million people. Using those data, the state was able to reduce costs to its Medicaid program by better identifying high users, and it has saved tens of millions of dollars just through integrating data better.

The report doesn’t list any examples of states or even state agencies investing at least 1 percent of program funds in evaluation. What do you make of that?

I think there’s a life cycle of investing in evaluation. The federal government is fairly far along in that life cycle (the last 20 to 30 years). Recent legislation, such as the Workforce Innovation Opportunity Act and the Every Student Succeeds Act, have allowed the Department of Labor and Department of Education to set aside a percentage of funds for evidence and evaluation. So the federal government is a long way along this path, and state governments are making progress.

What is one thing that a researcher or a research organization could do to be more of an ally and keep the evidence-based policy movement going at the state level?

The most important stumbling block for state governments in being able to use evidence and data to achieve better outcomes is capacity. Oftentimes, there’s a lack of capacity in terms of their ability to evaluate specific programs. Outside researchers can come in and do what we call a research–practice partnership in which they help state agencies or governors’ offices evaluate the effectiveness of their programs. Oftentimes, this is a great synergy in terms of researchers being able to do the research they’re interested in and state governments getting information on the effectiveness of their programs. 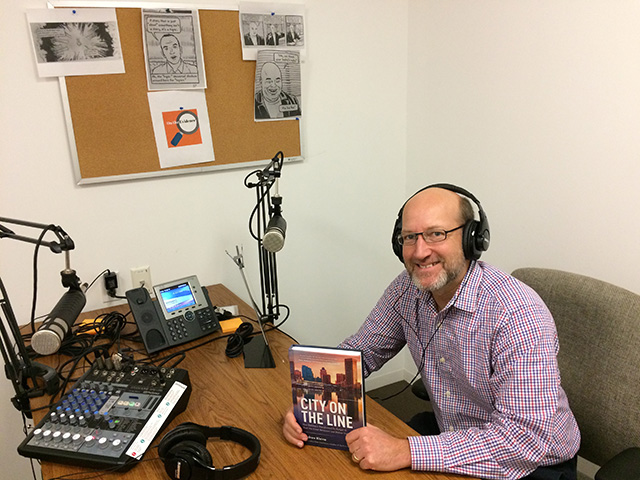 What If More Local Governments Invested in Outcomes?

New Year, New Insights: Working Together to Make a Difference for Students