To Help Philadelphia’s Workforce, This Nonprofit Had to Take a Look at Itself First
Blog

To Help Philadelphia’s Workforce, This Nonprofit Had to Take a Look at Itself First

Even after seven years of steady improvement, the unemployment rate in Philadelphia—as in many large American cities—remains well above the national average (4.9 percent versus 3.8 percent, as of February 2019). Given that the national economy has largely recovered from the last recession, some local data suggest that lack of sufficient jobs isn’t the reason more than 35,000 Philadelphians are unemployed. In fact, there are almost as many online job postings as there are unemployed workers in the city.

Philadelphia Works, the city’s Workforce Development Board, is trying to understand and address the misalignment of unemployed workers and unfilled jobs. The nonprofit administers federal and state funding from Temporary Assistance for Needy Families (TANF) and the Workforce Innovation and Opportunity Act to help youth and adults take advantage of training and employment opportunities. Philadelphia Works, which has a CEO and board appointed by the mayor, also functions as the city’s quarterback for supporting the workforce through policy and investments.

A few years ago, staff at Philadelphia Works decided that they wanted an outsider’s perspective to assess their workforce system and to assist them with more effectively helping residents. They partnered with Mathematica to study and address issues keeping them from providing the most effective services in the most efficient way possible.

In this episode of On the Evidence, we take a look at early efforts to redesign and streamline the daily operations of the city’s workforce system, starting with a cash assistance program for work-ready adults called the Employment, Advancement and Retention Network (EARN). Our guests include two of the nonprofit’s staff members, Patricia Blumenauer, director of workforce operations, and Eric Morton, a program representative, as well as Annalisa Mastri, a senior researcher at Mathematica.

Click here to listen to the full interview. You can also read edited excerpts of the interview in the following transcript.

We’re talking today because you have been trying to improve the way that you serve residents in Philadelphia. What needed improving? Historically, what has held back Philadelphia Works?

Blumenauer: We receive about 14,000 to 16,000 referrals a year through the TANF program. About half of those folks actually make it into our job centers. What we’ve seen is a focus on compliance and a work-first mindset that have prevented residents from taking the time to receive the appropriate training to get into opportunities that actually will turn into a long-lasting job. The focus specifically on compliance has kept us more in line with things that were easier for the staff rather than focusing on what people need.

What do you mean by a compliance focus?

Blumenauer: There’s a combination of federal and state requirements that we have to meet. There are federal work participation rate requirements. In order for the state to be in good standing with the federal government, each person that is participating in our program has to meet a certain number of what they call “countable hours of activities.” The state puts additional requirements into contracts with us. That’s actually how we as a workforce board receive our payments. For example, we receive performance payments based upon how many folks we placed into jobs and also how many stay in those jobs for up to six months.

We end up spending a lot of time chasing down pay stubs from folks rather than using our phone calls with them to ask, “How’s your job going?” or “What support might you need to stay employed?” Rather than actually looking at how we can help people get into good jobs, we’re trying to show the state that they’re in a job so that we can get paid.

How did Mathematica get involved with Philadelphia Works, and what specific problems did you initially set out to tackle?

Blumenauer: About two years ago, we took a step back and realized that a lot of our initiatives weren’t quite working. We had a lot of internal subject matter expertise, but not a lot of time to do an assessment of our system and figure out what the next steps were. That’s when we became engaged with Mathematica. Mathematica helped us figure out what our goals were for moving forward, which were make things friendlier for our customers, have a more individualized experience when customers come through our job centers, and improve efficiency. From there, we’ve been slowly chipping away at making changes.

What have you accomplished through the partnership?

Morton: One thing we’re doing is working on streamlining the curriculum that we deliver to our EARN customers. In the past, our centers had the opportunity to develop a curriculum based on what they felt they needed in their individual centers. But we want our customers to increase their skill levels across the board and to prepare all of the customers in our workforce system using a consistent approach. We have taken huge steps in making sure that our curriculum is standardized, improved, and speaks to some of the things employers want and need. We’re piloting it now. It’s a huge shift from what vendors are accustomed to, but we’re getting a lot of fairly positive customer feedback about this.

Blumenauer: For me, it’s the customers’ reactions to the changes that I find most important. One of the [changes] was paperwork reduction. We had gotten so overboard with paperwork due to regulations, compliance, and so on that our intake packet was upwards of 30 pages. It was insane. We’ve gotten it down to five or six pages. One of our orientation facilitators talks about a time when returning customers who received their intake packet in this new format stood up and applauded. Hearing those types of things really gets me excited.

Annalisa, from your perspective, what interested you about Philadelphia Works and taking on this project?

Mastri: It really reflects our mission at Mathematica to improve public well-being. It’s a lot more direct than many of our other projects, which are more about researching existing programs. This was an opportunity to help refine the implementation of a program, to infuse some evidence-based practices where it was possible, and to use an analytic framework to hopefully lead to lasting change. We thought it was going be a pretty small engagement, but as we started turning over the stones, it turned out there was a lot more work to be done. It became much more focused on facilitating a culture change at all levels of Philadelphia Works and the contracted service providers so that everybody can adopt a mindset of being more personalized, meeting the customers where they are, and being more efficient.

Give an example of a stone you turned over.

Mastri: There were multiple points of contact for the customers, making it really hard to tell who they were supposed to go to when they had a specific need. Was it their workforce advisor? Was it a job developer, the community work site coordinator, the co-located county assistance office worker? Coming at it from a behavioral lens, all of those touch points are opportunities for customers to slip between the cracks.

We tried to address those things but uncovered more things, underlying reasons for those multiple handoffs that are even more difficult to change. For example, the siloed staff setup. There are staff who perform a certain narrow function, and they don’t have a lot of understanding about what the other [staff] are doing; not only that, they don’t have a clear idea of where their job ends and somebody else’s begins. That is actually much harder to undo than to just correct the process on its face.

What’s something you’ve learned from the partnership?

Morton: We’re so accustomed to responding to policy changes at the state level and rolling things out without considering the impact on staff, impact on customers, and impact on our service delivery partners. By working with Mathematica, we have not rolled anything out without testing it, evaluating it, revising it, and testing it again. I have now adopted that testing process. I think it’s critical for putting a best product forward, if you will. We weren’t accustomed to doing that testing. Now we are, and we are guaranteeing that our customers are going to benefit and our centers are going to benefit.

Annalisa, are there insights that you’ve gathered from being in the trenches with Philadelphia Works?

Mastri: We have been able to empathize with what the staff face every day. It is not an easy job, and if you’re just researching programs, you don’t really get that. You really have to sit with them, talk to them, watch them do their jobs, and hear their frustrations. Through this collaborative process, we’ve been able to get a window into the staff experience much more so than we would have through a research study. We have been out in the job centers. We meet weekly with Patricia and her team at Philadelphia Works, and that gives us insights into how we can improve, how we can help them. We all love this project because we actually feel like we’re making a direct difference. We are contributing to improving child and family outcomes and, hopefully, we’re improving Patricia’s stress level (and Eric’s and the other program representatives’). 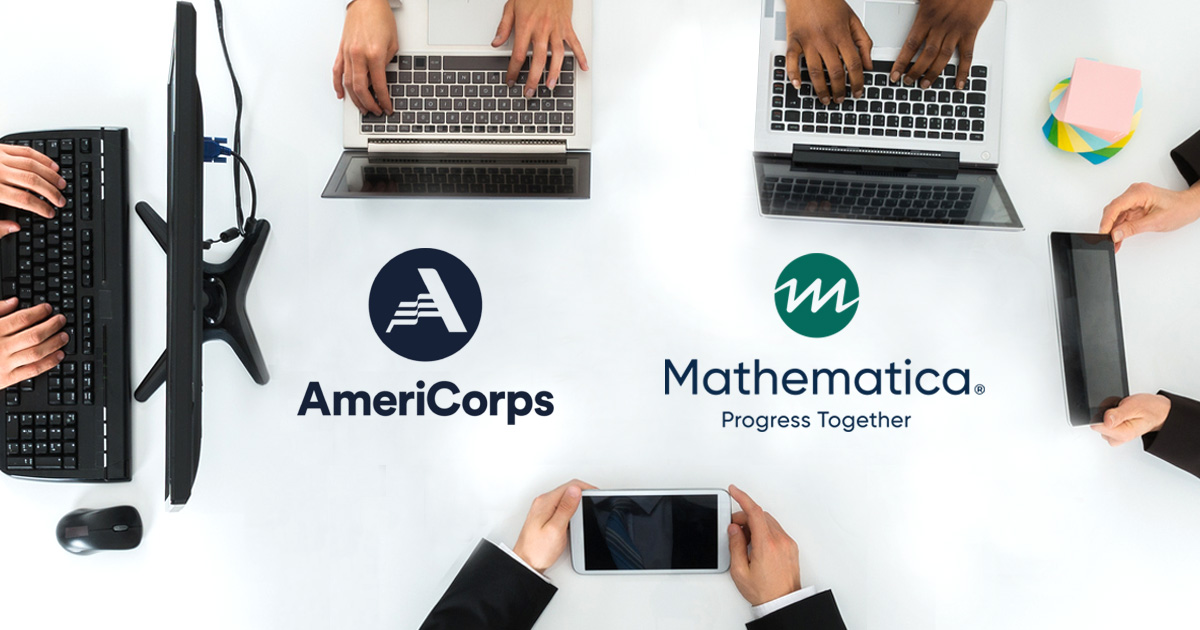