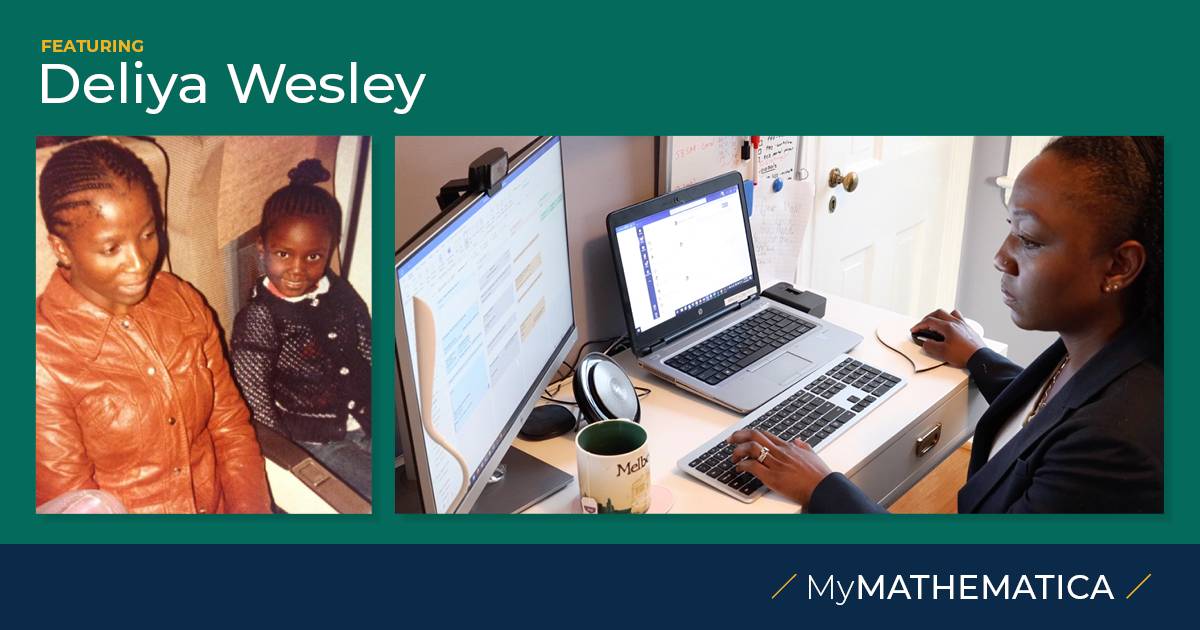 Deliya and her mom on the flight from Zambia to Papua New Guinea and present day.

I grew up in a reality marked by diversity. I’m the product of many different communities, resulting in different lived experiences. I identify as a Black woman, a wife, a mom, the youngest of five kids, a sister, and a researcher, among other things, and I live at the intersection of all those identities. I bring all of these perspectives to my work, but particularly that of a first-generation immigrant influenced by the many cultures I’ve enjoyed during my life. I’ve always been keenly aware of how all my experiences shape the biases I have. As a researcher, I look around the room and consider how everyone’s story is different.

My father was an engineer and educator, and we traveled a lot. My travels shaped me. I was born in Zambia, but my family left Southern Africa when I was 4 to live in Papua New Guinea. Those early years heavily influenced my world view. In hindsight, I grew up in somewhat of a racial utopia, where I was not constantly bombarded with reminders that I was part of a visible racial minority group, either in my country of birth or in Papua New Guinea. My siblings and I all went to international schools, where diversity was the rule rather than the exception and where “differences” were usually embraced from a young age. I grew up feeling there were no external bounds put on my abilities—my identities would never be the reason I couldn’t (or shouldn’t) do something, nor would they be the reason I lost an opportunity.

After those early experiences, we moved again, which was a big change. I lived in Australia and went to college in Montreal, Canada, before moving to Washington, DC, more than 20 years ago. The final moves were a shock in many ways, disrupting the reality and sense of inclusion I’d come to expect. I was suddenly forced to become aware of how I showed up in a room, as a Black woman. I also confronted for the first time how deeply rooted issues, such as a history of separation based on a socially constructed variable (race), still led to unequal and inequitable access to public and social services. In my formative years, affordable education and health care had been more broadly accessible. It was a rude awakening to see how many social systems had been set up, intentionally and unintentionally, in a way that created the disparities I had studied as a graduate student. That awareness and reckoning heavily influence my work.

I initially aspired to a career in medicine but quickly realized I didn’t like clinical settings. After earning a master’s in public health in epidemiology, I ended up at the National Institutes of Health, where I investigated health disparities—specifically researching Black women and breast cancer outcomes. I wanted to know why there were such big differences in outcomes if we all allegedly had access to the same level of care. I wanted to understand the way different populations make their decisions about, gain access to, or are prevented from obtaining care. I was interested in what we now call the social determinants of health.

I have spent a significant part of my career working in a diverse health system, transforming practices in clinical and community settings. I worked with an oncology team to better engage community members in many aspects of our research, ultimately to increase participation in clinical trials among patients historically excluded by, and often distrustful of, medical institutions. We invested the time to build trust and relationships through a community advisory group, which helped us design the study and ultimately the intervention itself. We revamped the materials used to educate and recruit patients. We also changed who was delivering the key messages, featuring patients who themselves had breast cancer or were from affected communities to talk about their experiences with clinical trials. These efforts spurred a transformation, bringing in community voices that had been absent from our health system’s research—an absence that contributed to disparate outcomes for patients we served. We found we could replicate this approach and began to see important changes in how care was delivered, especially for patients who historically were excluded.

During the worst of the COVID-19 pandemic I realized that I wanted the next phase of my career to focus on informing policies that could spur change beyond a single organization or health care system. That’s a big part of what led me to Mathematica. Identifying and uncovering differences and trying to address them through informed recommendations will only go so far. Unless policy, backed by evidence, requires providers and systems to address issues like health care quality and delivery of services—and more important, the systems and structures that create those differences—we will continue to see inequitable outcomes.

To address inequity, in the words of one of my mentors, “the people closest to the pain need to be closest to the policy.” There’s a newfound awareness, all-important funding, and an opportunity to do this. Mathematica and others have had tremendous social impact over several decades, and they now have an opportunity to be a part of transformational change, such as the Robert Wood Johnson Foundation’s $50 million investment in projects to advance a more modern, equity-oriented public health data system. The challenge ahead of us all is great, but at Mathematica there’s a willingness to look at ourselves, have tough conversations, and face this reckoning. We, as a society, are at a tipping point. I truly believe this is the moment when everyone is listening, and I’m thrilled to help drive the conversation. 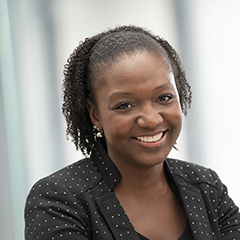 Senior Director of Health Equity
View More by this Author 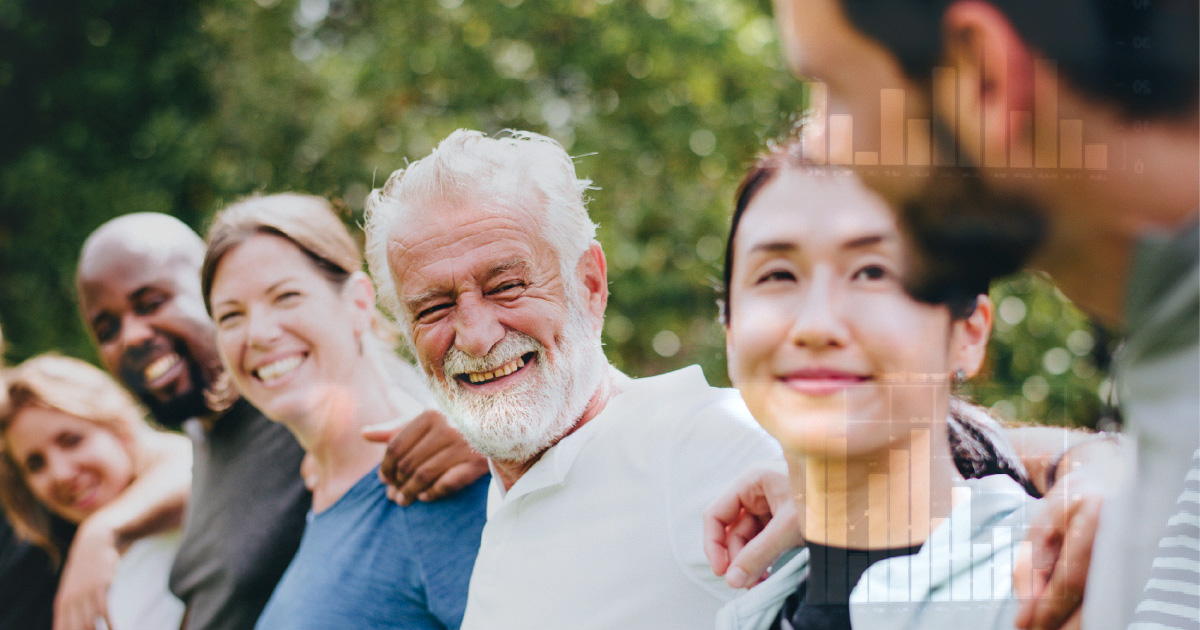 Discover how communities, allies, and evidence come together to shape a more equitable world.