Investing in Education for Success in the Long Run
Blog

Investing in Education for Success in the Long Run 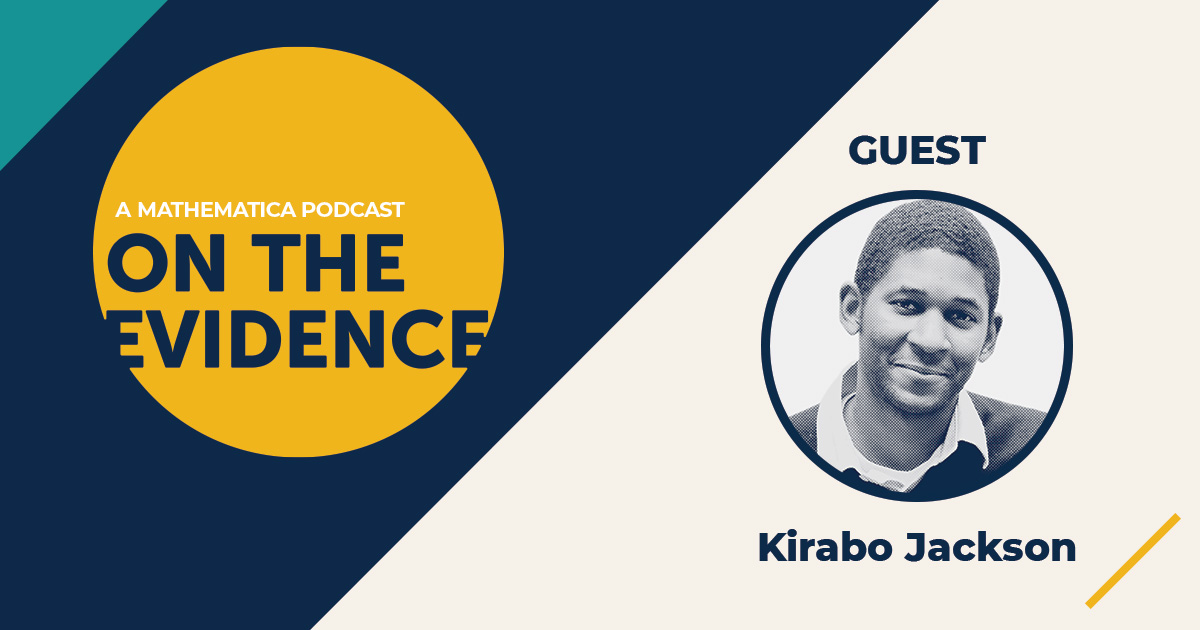 On this episode of On the Evidence, Kirabo Jackson discusses his education research. Jackson is an economist at Northwestern University and the recipient of the 2020 David N. Kershaw Award and Prize.

In his research, Kirabo Jackson has explored the causal relationship between school spending and student outcomes. For example, in one paper, Jackson and his coauthors found that an increase in per-pupil spending leads to more completed years of education, higher wages, and a reduction in the annual incidence of adult poverty. His work has also shed light on the role that teachers and schools play in helping students acquire skills and succeed in the long run.

Jackson is the 20th winner of the David N. Kershaw Award and Prize, established to recognize professionals younger than 40 who have made distinguished contributions to the field of public policy. David Kershaw, for whom the award is named, was a founder and the first president of Mathematica. In the spring of 1979, he helped establish the Association for Public Policy Analysis & Management (APPAM) and Mathematica’s principal role within it, before his death from cancer later that year at the age of 37. The award in his memory was created in 1983 and has since been jointly administered by Mathematica and APPAM. The award is presented every other year at the APPAM Fall Research Conference in November.

In this episode of On the Evidence, Jackson discusses his research on education spending and on measuring the effects of teachers and schools on students’ long-term success.

Listen to the full episode below.

A version of the conversation with closed captioning is available on Mathematica’s YouTube channel here.

Watch Jackson’s 2019 presentation at the Education Policy Institute’s Annual Lecture in London’s City Hall, which illustrates some of his main findings with data visualizations.

A Conversation with Mathematica’s 2021 Summer Fellows

Calling All Districts and Schools: Here’s How to Collect Rigorous Evidence to Know Whether Your ESSA Tier 4 Intervention Works